LINK to multimedia site in English. Journalism, photography, video and comics, based on the research findings and real life stories. 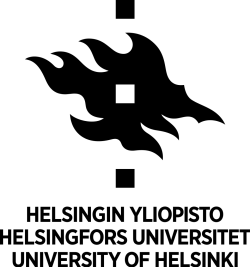 21.6.2016 Uyi Osazee / Raster.fi: The reality of ethnic and racial profiling in Finland

END_OF_DOCUMENT_TOKEN_TO_BE_REPLACED 21.6.2016 Uyi Osazee / Raster.fi: The reality of ethnic and racial profiling in Finland

(At the time of releasing our final report and press release on 3 April 2018, many media in addition to these mentioned wrote about the issue.)

1.10. 2016 Workshop and discussion on ethnic profiling in Finland at the Anti-racist forum at Caisa Cultural Centre (Maryan Abdulkarim and Markus Himanen).

In relation to our publications

The Stopped project by the Centre for Research on Ethnic Relations and Nationalism in University of Helsinki researches ethnic profiling in Finland. We are interested in where, how and why profiling happens.

What kinds of experiences occur when racialised individuals are stopped and asked to identify themselves by police or other officials? Do people feel that the police attention is due to their background, appearance or skin colour?

We are a group of researchers, journalists and photographers. We initiated this project because this topic has not been studied before in Finland. We want to increase understanding of ethnic profiling via scientific and journalistic methodologies to make the phenomenon visible.

The research combines quantitative and qualitative data. We are interviewing both people of racialised or minority backgrounds who have experienced profiling, as well as police officials. We are engaging in ethnographic research in spaces where profiling can be expected to take place. We also plan to conduct a survey about the topic.

The research is centered in the Helsinki and Turku regions. While we are primarily interested in ethnic profiling related to police stop and searches, we also collect accounts of profiling by other security officials, such as border control personnel and customs officials. Additionally, we are interested to know whether people experience profiling by private security guards.

We wish to give the public a greater understanding of the outcomes and impact ethnic profiling has on those who experience it. Does profiling affect people’s feelings of security in public spaces, and influence where they move and what areas they use? What do people with experiences of profiling think about the Finnish police force? Do profiling experiences affect people’s sense of belonging in Finnish society?

The researcher members of our team will write academic articles on the topic, while our journalist members will prepare articles and reports. During the year 2017, a web documentary on ethnic profiling in Finland will be published on our website. The findings of the project will also be published in a research report, available in both Finnish and English in the spring of 2018. We will organise several public debates on ethnic profiling. Links to our publications are collected here.

The three-year (2015-2018) research project is funded by the Kone Foundation’s programme, Is Finland Becoming Polarized.

Back to home page

PhD Suvi Keskinen is an Academy Research Fellow and Professor in CEREN, the Centre for Research on Ethnic Relations and Nationalism, at the University of Helsinki. She has studied questions of gender, ethnicity and racism in the context of the Nordic welfare state; police and welfare practices; violence and social control; media debates; and political activism. Part of her work has consisted of coordinating Nordic research networks in these areas. She has published extensively in national and international peer-reviewed journals and monographs.

Aminkeng A. Alemanji, full time researcher (until the end of April 2017)

MSSc Uyi Osazee is a PhD researcher at the University of Tampere. His areas of research expertise are race, modern forms of racism, the African diaspora, and belonging.

Antti Kivijärvi received a PhD in social sciences while working as a researcher at the Finnish Youth Research Society. His previous research interests have included issues of ethnicity, migration, youth leisure, racism, welfare services for youth and the life-course approach of marginalised immigrant young adults.

at the Finnish Youth Research Society

Nirosha Pöyhölä is finishing her Master of Science degree at the University of Turku. Her master’s thesis delves into racialised youths’ negotiations of belonging and identity.

Venla Rousku, research assistant (until the end of September 2017)

Venla Rousku is a Master student at the University of Turku.

Thaddeus Ndukwe, research assistant (until the end of May 2016)

Thaddeus Ndukwe is a PhD student at the University of Jyväskylä. His PhD thesis deals with the political inclusion of African immigrants in Finland on a municipal level.

Kati Pietarinen, journalist, head of the journalistic section of the project

Kati Pietarinen specialises in migration and human rights. In 2016, she received a special mention in the Edit contest (Edit-kilpailu), a national magazine journalism contest.

Maryan Abdulkarim is interested in social questions and making power structures visible. She received Helsinki University’s Kristiina of the year award in 2016 for her work on advancing gender equality.

Laura Böök is a photographer focusing on long term documentary projects. In 2016 her photo series about Congolese refugees in Finland was exhibited at the Finnish Museum of Photography in Helsinki and Photographic Centre Nykyaika in Tampere.

Kari Kuukka (MA) is a photographer who has received several national awards for his work. Recently his work has focused on the future of the media and producing and developing multimedia storytelling. He actively teaches and consults within this field for universities, the media and NGOs, and is the founder of the DocImages multimedia production company.

The Stopped illustrator and press officer

Aino Sutinen (BA in Sociology and Development Studies, University of Sussex)  is a comics artist, illustarator and comics journalist. She illustrated the ”Stop! Ethnic Profiling Comics” journalistic comic for The Stopped multimedia site, along with the video about complaint mechanisms.

Jana Turk is a research assistant and event coordinator for The Stopped.

Police ethnic profiling can mean that a police officer uses their police powers on an individual primarily or only due to that person’s skin colour, ethnic origin, religion or language. It can be prevalent within cases of stopping and asking for identity papers or detention.

END_OF_DOCUMENT_TOKEN_TO_BE_REPLACED

1. Complaining to the Non-Discrimination ombudsman

The Non-Discrimination Ombudsman is an autonomous and independent authority that promotes equality and addresses cases of discrimination.

The ombudsman can ask official representatives to address cases where discrimination is suspected. Usually officials will claim their staff have not discriminated, and the case will be closed. While this can feel frustrating, in the long run reporting cases of ethnic profiling can make a difference by proving the existence of the phenomenon. The Non-Discrimination Ombudsman can also assist with filing a complaint to the Non-Discrimination and Equality Tribunal, a more powerful body.

More information on how to file a complaint with the Ombudsman here.

2. Complaining to the Non-Discrimination and Equality Tribunal

According to the Act, nobody may be treated less favorably than others on the basis of, for example, ethnic or national origin, nationality, language or personality characteristics, such as appearance.

The tribunal is the only complaint mechanism that can prohibit continued or repeated discrimination or victimisation. It can impose a conditional fine to enforce compliance with its injunctions, and order payment of such a fine to the state. However, the tribunal may not order any compensation to be paid to the victims of discrimination.

You will need the help of a lawyer or the Non-Discrimination Ombudsman to file a complaint at the tribunal.

More information on the tribunal and how to file a complaint here.

3. Reporting a discrimination offence to the police

It is a criminal offence to place someone in a clearly unequal or otherwise essentially inferior position within the exercise of official authority, owing to, for example, their race, national or ethnic origin, skin colour or language. Discrimination is punishable by a fine or a maximum of six months imprisonment.

If a police officer stops a person (primarily or only) due to these characteristics, this could be considered illegal discrimination. Suspected offences committed by police officers need to be reported to the police, but they are investigated by the Office of the Prosecutor General.

However, you will need sound proof that the primary or only reason for this treatment is your ethnicity, skin colour, language or other personal characteristic.

In a prominent recent case from the summer of 2016 concerning immigration controls exercised on the mother and sister of the black Finnish rapper Musta Barbaari, the Prosecutor General decided not to press charges and declared the police had a rightful basis to stop the women and ask them for identification. The Stopped project is looking into the case to understand the reasoning of the Prosecutor General.

You do not need a lawyer or legal expertise to report an offence.

4. Complaining to the Parliamentary Ombudsman or the Chancellor of Justice of the Government

More information on complaints to the Parliamentary Ombudsman here and to the Chancellor of Justice here.

5. Lodging an administrative complaint with the police

More information here (only in Finnish and Swedish).

LINK to multimedia site in English. Journalism, photography, video and comics, based on the research findings and real life stories.

Facebook album of photos and sketchnotes from the conference.

The website is in English, but Finnish translations can be found on each page.

There are five different official mechanisms that you can use to complain about ethnic profiling.

You can only use one complaint mechanism at once.

If you suspect that your appearance, your skin colour or ethnicity is the only or main reason for being stopped by the police, you should file a complaint. It is important that officials receive information about discriminatory ethnic profiling.

You can also contact researcher Markus Himanen from the Stopped project at markus.himanen(at)utu.fi who can help you with the complaints process.

The University of Helsinki’s Stopped research and journalism project (2015-2018), is the first study into ethnic profiling within the Finnish police force. The project is conducted by a group of researchers, journalists and photographers.

Read more about our research project, staff and publications.